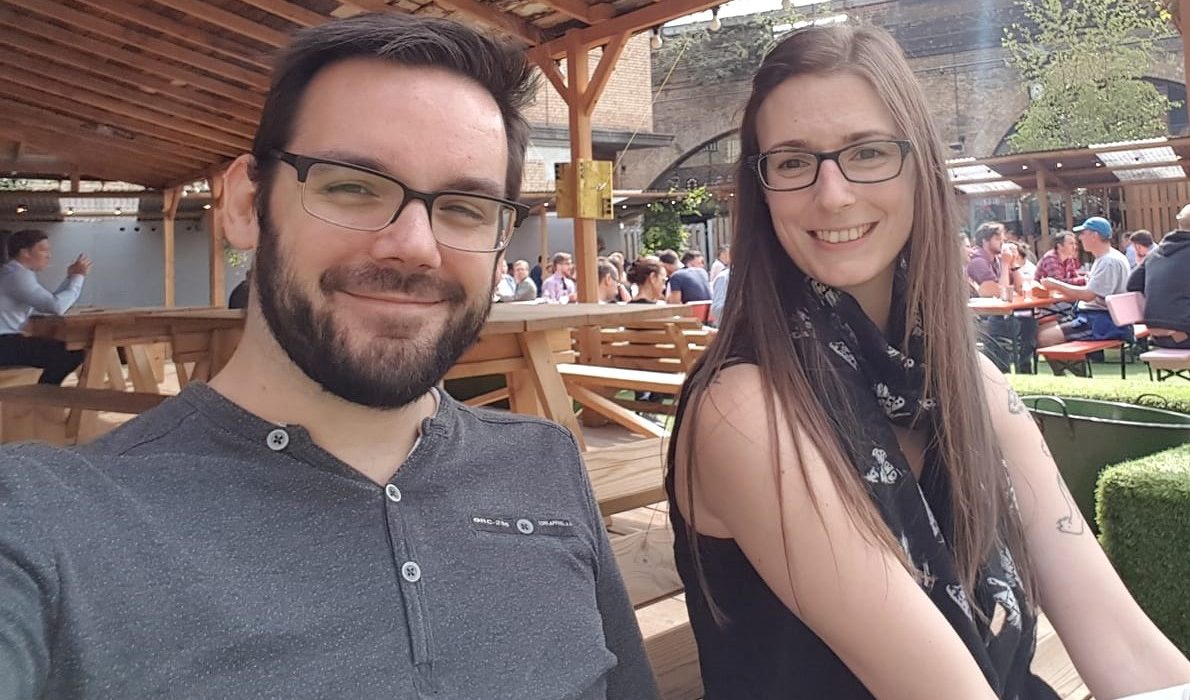 Happy (belated) new year! The dearth of updates from me over the last twelve months is evidence of how terrible I am at posting on here, but I’ll try to do better this year. Promise.

First of all, I’m thrilled to announce that The Fantasy Hive – the website I launched back in January 2018 – has been nominated for a Stabby Award for Best Fantasy Site over on r/Fantasy! You can check out the list, and vote for your favourites (until the end of January 7th), here.

Art of War, an anthology for charity (in which I have a story titled ‘Dear Menalaus’), is also nominated for a Stabby. Exciting times!

Having finally finished the first draft of my first novel (more on that below), I’ll be spending most of my spare time this month researching/outlining not one, but TWO new short stories. Both are for anthology projects; I’ll be announcing more details in the coming weeks, so keep your eyes peeled on here and on social media for updates!

After a rather turbulent 2017, 2018 turned out to be pretty great for me on both a personal and professional level.  Here are some of the (chronological) highlights!

I launched The Fantasy Hive!

Launched on January 1st 2018, The Fantasy Hive is a collaborative site, and a hub for all things SFF. I may be the one running things over there, but the Hive would be nothing without its brilliant team of content-providing contributors, and you can read all about them here.

I appeared in multiple anthologies!

Three, to be exact! And I’m delighted with the positive response they’ve received from readers and fellow writers alike. My stories are:

I found myself a Colin!

In February 2018, I met my boyfriend, Colin. This wonderful creature accompanied me to conventions and events throughout the year, provided some much-needed support and advice, and even alpha-read my novel as I was writing it. We’re now living together, and will both be heading to Reykjavik in Iceland next month to celebrate our anniversary!

I (we) discovered DnD!

One of the most fun things Colin and I did last year was to enter the world of Dungeons and Dragons! Both of us were complete noobs when it came to tabletop games, and DnD took some getting used to, but we’re now several games into our second campaign and I think we might finally have the hang of things. (I’m currently role-playing a dwarven cleric named Grumlin Greyhammer, while Colin is Thom Truthblower, a lecherous old human bard.)

I signed with Portal Books

Remember that short story I mentioned above? ‘I, Kane’, in the Lost Lore anthology? Well, the guys at Portal Books liked it so much they asked me to write a novel for them! GOD OF GNOMES is unlike anything I’ve ever written before, being a LitRPG novel (specifically, Dungeon Core with RTS elements). It’s now complete, and will likely hit the shelves sometime this summer.

Here’s some pictures from when I journeyed to London to hang out with the Portal guys! (Clockwise from left: me, Brook Aspden, Michael Miller and Taran Matharu.)

Way back in July 2017, I attended my first ever convention: Edge Lit (in Derby). In July 2018, I was lucky enough to go again! It was brilliant to be able to introduce Colin to some of the finest people in our little fantasy community: T.O. Munro (aka. ‘Theo’), Steve McHugh, Dan Sutcliffe, Anna Stephens (and her wonderful husband Mark), Anna Smith Spark, James Latimer – not to mention my very close friends Mike Everest (and his lovely wife Jen), Kareem Mahfouz and Sadir Samir.

A month later, in August, I had the pleasure of attending yet another gathering of awesome people, prompted by the (sadly temporary) arrival in London of US author Taya Latham (aka. T L Greylock). Taya is one of my best friends, and to finally be able to meet her in person was exciting to say the least!

Here we are, hanging out with Anna Stephens and Timandra Whitecastle:

In October, I found myself heading down south yet again. I’m pleased to say my second BristolCon was even more fun than my first!

Colin and I got to catch up with a bunch of the Edge Lit crowd, as well as great friends from across the globe, including Marielle Ooms, Julia Sarene and her husband Andreas, and of course our BFF J.P. Ashman.  It was also lovely to see other familiar faces such as Jude Hunter, Mark Lawrence, Rosa Watkinson, Tom Clews, Rita Sloan, G.R. Matthews, Adrian Selby, James Tivendale, and Rob Hayes. There (naturally) ensued the usual inebriated hijinks with Kareem, Dan Sutcliffe and Dominick Murray, and I also got to meet even more people for the first time, including Beth Hindmarch, Tom Gaskin, Timy Takacs, and Luke Scull.

All in all, 2018 was an excellent year for me. I finished writing my first novel, I found love, I was reunited with friends from across the world, and I worked with some incredible editing clients. Despite being so busy, I also managed to read 50 books! (And  tweeted about every single one of them here.)

A Spoonful of Thunder