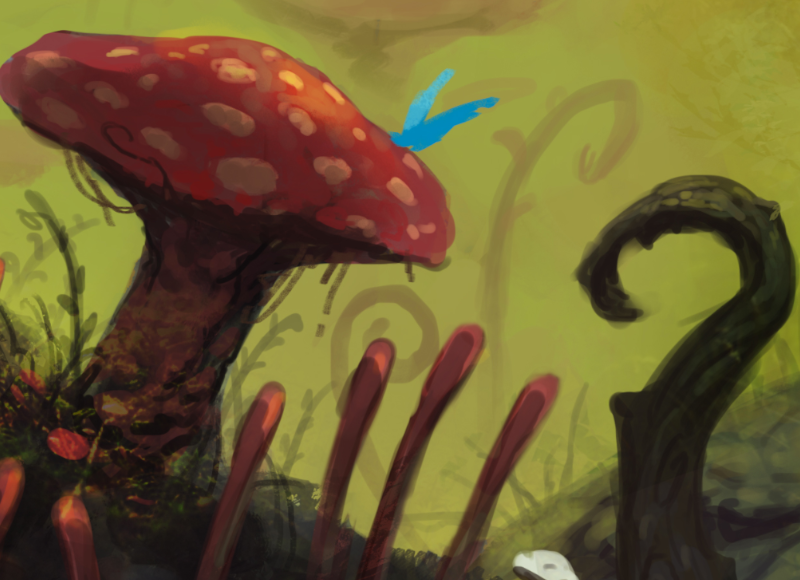 So my resolution to post more regular updates here fizzled out spectacularly (oops). In my defence, I’ve had a lot on my plate; the first half of 2019 has been a busy one, and I’m excited to finally be able to share details of the projects I’ve got lined up for you.

The Heroes Wanted anthology will be released sometime in late autumn. I’ll be responsible for proofreading and arranging the stories, and the cover art is currently being worked on by the excellent and talented Shane Cook (Slaine_69), whose work I’ve admired for a long time. He’s already produced some stunning concepts for us, and I can’t wait to see (and reveal) the final cover! (And the stories, of course!)

I have the best job in the world

What else have I been up to? Well, editing-wise, I’ve proofread some INCREDIBLE books over the last few months, including several LitRPG titles for Portal Books. Bone Dungeon (Elemental Dungeon #1) by Jonathan Smidt is out now, while Mastermind (Titan Online #1) by Steven Kelliher and Renegade (Nova Online #2) by Alex Knight will both be released within the next few weeks.

More recently, I had the pleasure and the privilege of working on Sin Eater (Iconoclasts #2), the sequel to Aching God by Mike Shel. Aching God was one of my favourite reads of 2018, yet Sin Eater somehow managed to top it in every way. You can read my review here, and buy the book here!

I’ve also just finished work on Benedict Patrick’s first non-Yarnsworld novel, Flight of the Darkstar Dragon, which is phenomenal. It won’t be released for another month or two, but you should definitely check out Benedict’s other books in the meantime!

For those who’ve heard me harp on about my LitRPG debut novel and are wondering when the hell it’s going to make an appearance, I have some VERY exciting news to announce: God of Gnomes has been picked up by Audible (the world’s largest audiobook producer), and is currently in the early stages of production!

The book will be narrated by Adam Sims (2017 Audiobook Narrator of the Year for Flowers for Algernon), who has also narrated books by Steve Cavanagh, Haruki Murakami, Louise Penny, Tim Powers, and Max Brooks.

According to my publisher, Portal Books, God of Gnomes‘ official launch date is 26th September 2019. It will be simultaneously released in all formats (ebook, paperback, and audiobook).

As if that wasn’t exciting enough, wait until you see the stellar job done on the cover by artist Alberto Besi! The full cover reveal is coming soon on The Fantasy Hive, but for now here’s a cheeky taster:

One more thing: God of Gnomes will be published under my new pen name Demi Harper. There are a few reasons for this, but foremost among them is the fact that this book marks a somewhat drastic change in both tone and subject matter from my existing (and ongoing) body of fantasy work. I decided it made sense to put out God of Gnomes – and all future LitRPG novels, of which I’m sure there will be many! – as an entirely new ‘brand’. Don’t worry, though – it’s still me! And it’s no secret, so please don’t hesitate to  continue to spread the word. 🙂