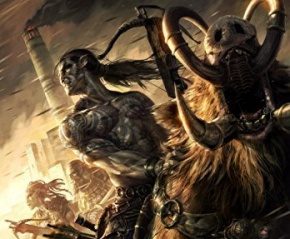 It’s happening again! Mark Lawrence announced the THIRD annual Self-Published Fantasy Blog-Off just a couple of weeks ago, and the three hundred places have already been filled by a horde of keen, talented indie writers.

The contest doesn’t officially kick off until July 1, 2017, but I’m delighted to announce that I’ll be taking part on behalf of Fantasy-Faction once again (we may even have assembled our team already!). In the meantime, check out the short SPFBO3 introduction post I wrote for Fantasy-Faction, and follow the dedicated page on Mark’s site for updates.

Wondering what the fuss is all about? Read on . . .

In February 2015, Mark Lawrence (author, The Broken Empire, The Red Queen’s War, The Book of the Ancestor) took to his blog to ponder the problem of self-promotion.

“…as a new author, particularly a self-published one, it is desperately hard to be heard. It’s a signal-to-noise problem. Who knows how many Name of the Winds or [fill in your favourite] are lost to us because they just couldn’t be seen? None? A hundred?”

Thus was born the Self-Published Fantasy Blog-Off, a competition wherein a judging panel of bloggers each took on a ‘slush pile’ of submissions. Acting in the manner of a literary agent, each blogger would whittle down the list before eventually choosing only one to put through to the final round to be read, rated and reviewed by the others until a clear winner emerged. (Read more about the SPFBO on Mark Lawrence’s blog.)

The SPFBO 2 proved an even greater success than the first. I had the pleasure of participating as part of Fantasy-Faction‘s judging team, and am delighted to say that I found myself overwhelmed by the levels of professionalism and enthusiasm on display by the participating authors – not to mention the quality of the submissions themselves.

The third SPFBO begins officially on July 1, 2017. A total of 873 manuscripts have now been submitted over three contests, and interest in the SPFBO has grown each year. Hopefully, this is a tradition that will continue indefinitely.

For more thoughts about the impact of the competition (and self-publishing as a whole) on the SFF genre, check out this article.

Below are some of the self-published novels I’ve read and enjoyed (or plan to read soon) as a direct result of the SPFBO. I’d encourage you to check out the ones that appeal to you (you’ll find my corresponding reviews either here, on Goodreads or on Fantasy-Faction), and see for yourself the talent that’s currently out there, swimming against the tides of obscurity.

‘The Thief Who Pulled on Trouble’s Braids’ by Michael McClung