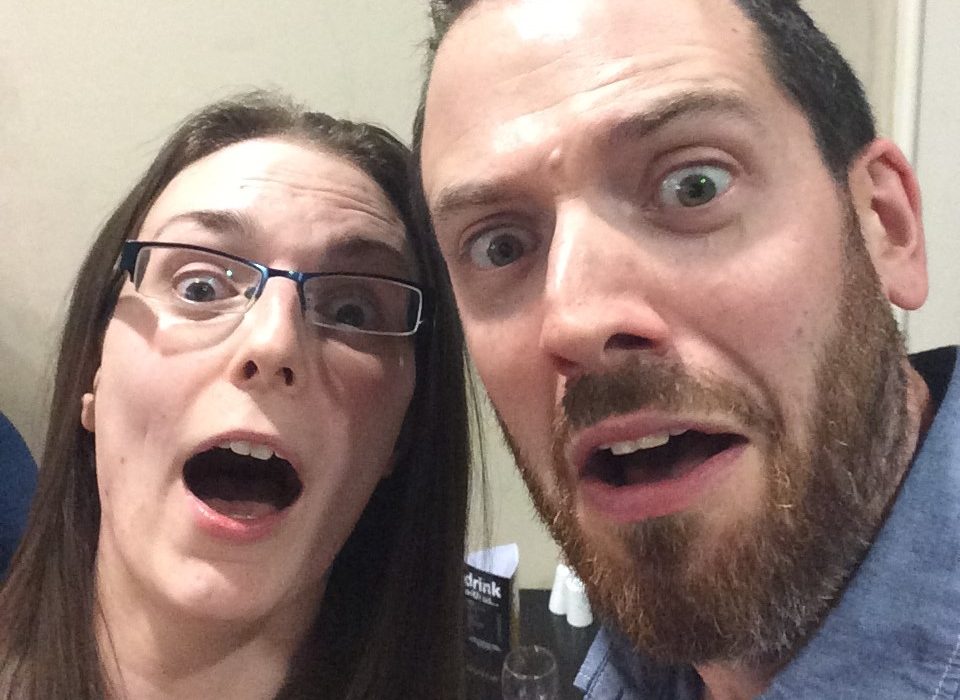 Last week I went to my first ever (EVER!) author signing. In case you missed my over-excited social media posts on the subject, the event in question was a celebration of three awesome authors – specifically, the tenth anniversary of their debut novels from Gollancz.

“My name’s Elizabeth Bear… and they gave me wine.”

The Bear set the tone for the entire evening: her questions brimmed with intelligence, articulacy and humour in a way that ensured every minute of the discussion was lively and engaging.

If I’m honest, I was surprised (and delighted) by how relaxed and entertaining the panel actually was. Not only was it interesting, but it also made me laugh (a lot): the camaraderie and gentle ribbing between the Bear and the boys was just perfect, as were the self-deprecating comments about the role of writers.

“We’re like batman, but  sad and immobile” – Scott Lynch

Now, in the past friends have assured me that Abercrombie is a cool guy. But there’s no way of properly appreciating the bloke’s natural charisma (or physical height!) until you’ve met him in person.

The same goes for the others. While I’d enjoyed one or two brief Twitter conversations with Tom Lloyd in the past, it turns out that talking pendulous tangerine testicles is even more fun when accompanied by real-life sniggering.

The panel taught me plenty of new things about the authors and their books. For instance, did you know that Tom Lloyd originally began writing a novel in order to prove that he could do it better than a friend? Or that Scott Lynch intended for Jean (Tannen, of the Gentleman Bastards series) to be pronounced the French-sounding way?

“Have a smile for breakfast, you’ll be shitting joy by lunch” – Joe Abercrombie

Once the panel was over, the queuing commenced. Tom’s queue was respectable, and Joe’s even more so, but Scott’s was just insane. After meeting Tom and Joe (and, of course, ensuring that they each drew their own version of a happy cactus whilst signing my books), I ventured to the booth behind them where the Bear was relaxing on her own (and heckling the others, naturally).

I’d worried that bringing one of Elizabeth’s books to sign was a bit presumptuous… but she was delighted I’d asked, and we immediately got chatting about all kinds of geeky stuff. (She even complimented me on my tattoo!) After a little while, Tom came over to join us too, and my latte-laden self was ridiculously excited that it had inadvertently found itself in a sort of  SFF VIP lounge.

Then Joe came over too, and the four of us talked idly while we waited for Scott to work his way through the slowly-dwindling autograph line. When he was done, the Bear summoned him over (with all the teasing authority and mutual affection of a soon-to-be wife) to sign and cactigraph my Locke Lamora, which I think he (and the others) did a stellar job of.

Finally, we traipsed out into the night and waved goodbye, the experience having reinforced my pride at being part of the amazing SFF community.

The entire evening has inspired me in so many ways, and not least because everything I’ve seen of the Gollancz team is friendly and positive. These four authors in particular – Tom Lloyd, Elizabeth Bear, Scott Lynch and Joe Abercrombie – have given me a lot to aspire to, and I’m more determined than ever to work my arse off and become a professionally-published writer of their calibre.

Thanks a million to my wonderful sister, Rebecca, for accompanying me. I’d almost certainly have chickened out if I’d planned to go alone. Love you, Poops! <3

‘Danse Macabre’ Audiobook (aka. I’m coming in your ears!)