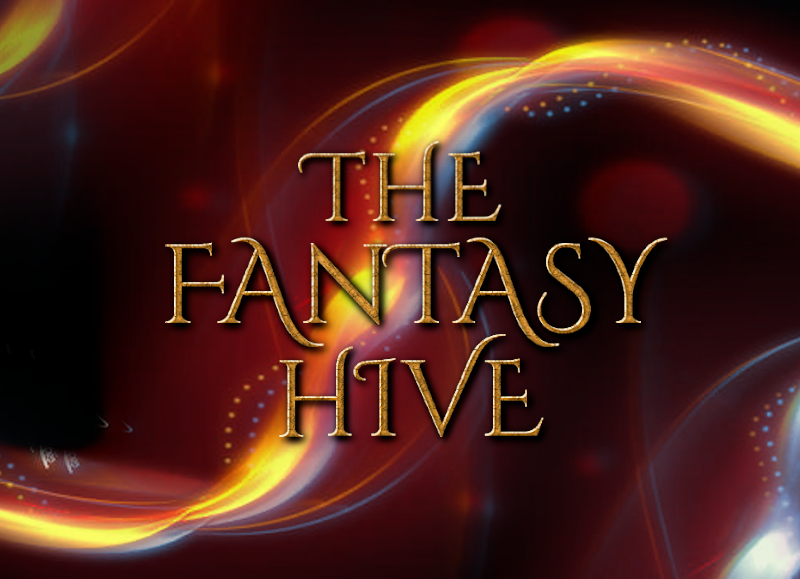 I’ve neglected this blog for a while now. One reason for this is that I’m rubbish. Another is that I’ve been happily inundated with enough editing work to keep me busy until at least October, with further jobs tentatively scheduled for later and in the new year. (Exciting, eh?)

But the main reason is that myself and a few others have been hatching a brand new project: THE FANTASY HIVE.

Launching on January 1, 2018, The Fantasy Hive is a personality-driven celebration of the genre. TFH will host features, interviews, articles and lists, as well as reviews of books, games, films, comics, TV shows, etc. – basically, a nucleus for anything and everything spec-fic related.

As you can see, we have a pretty impressive list of talent holding the front lines already, with plenty of others waiting in the wings for the curtain to rise. Some of my favourite people in the world (and across the world, from the UK to the US to NZ, from Ireland to Canada, from Japan to Germany and Sweden) are currently coordinating their efforts to make this new site as awesome as it can possibly be.

A few people have joked about the ‘hive’ thing, and the implication that the rest of the team are the drones/workers to my ‘Queen Bee’. While I’m not going to be falsely modest about my own role in putting the site, and the team, together (basically, I put the site and the team together) there’s no way I’m going to take credit for what’s happened since.  My aim has always been to create something collaborative; something which harnesses and encourages the enthusiasm and imagination of its contributors; something people will come to recognise as a hub of positivity and excitement, and which generally conveys an unconditional and all-encompassing love of the genre. Something people are proud to associate themselves with.

I’m delighted to say that we’re well our way to achieving this.

Work on the main site is being completed behind the scenes, and will continue for the rest of this year. However, you can visit our landing page if you’re curious. Additionally, you can follow our social media accounts for updates, fantasy-related posts and pictures, and a bit of banter and all-round silliness. Right now we’re on Facebook, Twitter and Instagram. Come and say hi, and help us spread the word!

Finally, THANK YOU to everyone who’s already supported the Hive. What an amazing fellowship we are, indeed.