Fantasy and LitRPG Author
About me Interviews 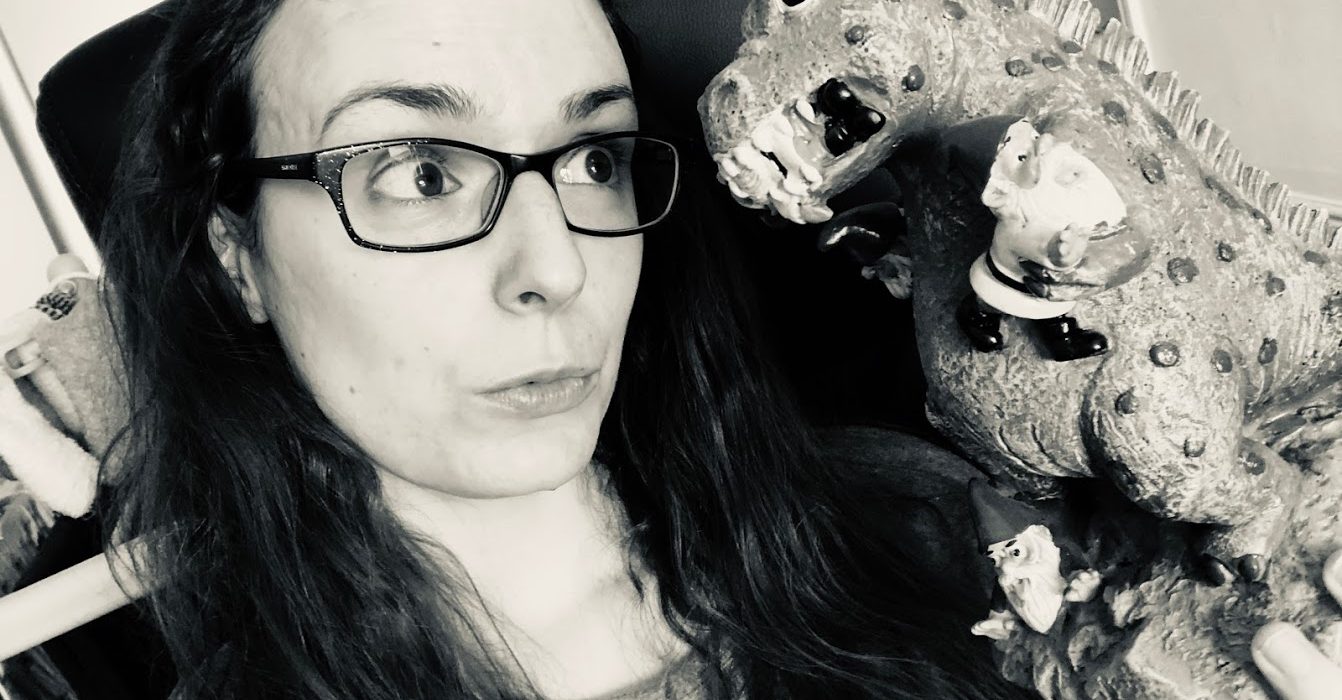 So, my LitRPG debut novel God of Gnomes has been out for more than half a year now (they grow up so fast *sniff*). I’m finally about to begin work on book 2 in earnest, and will share more details on that at a later date, but for now, here’s an interview I did a couple of months ago with my publisher, Portal Books. Enjoy!

Tell us a little about yourself. Who is Demi Harper?

Demi Harper is the LitRPG-writing alter-ego of Laura M. Hughes (aka me). I’m from Manchester, UK; I’ve been a book blogger, a freelance editor, and am now a writer of fantasy and LitRPG.

Confession: I’m currently addicted to Animal Crossing: New Horizons, and have been since it released (send help).

When did you first know that you wanted to be a writer?

I’ve been writing fantastical stories since I was pretty young (most of them featuring dinosaurs, shiny gems, intelligent otters, or all three) but it wasn’t until a couple of years ago that I began to consider it a viable career. I loved studying English at school and college, but all of the writing-based courses at university were geared more towards journalism; besides, by that point I’d sort of been conditioned by teachers and peers to pursue a career in academia and teaching.

So I studied English Literature, I got my teaching qualification, I tried a whole bunch of different jobs – but none of them made me happy. Now, though – finally, at age 31 – I get to write about gnomes and mages and monsters for a living. And I don’t even have to wear pants to do it.

What is God of Gnomes about?

God of Gnomes (the first book in the God Core series) is about a sentient crystal named Corey who is worshiped by gnomes. He has god-like powers, but they’re tied to the growth and wellbeing of his teeny new denizens, and so he has to overcome his initial reluctance (and base nature) and embrace his new role as the – surprise! – god of gnomes.

The story also features hybrid creatures, helpful spiders, bloodthirsty kobolds, a spear-wielding fox avatar, and a sprite named Ket who’s as optimistic as she is annoying. Oh, and let’s not forget Gneil the gnome: our protagonist’s most loyal follower, and (some say) the true hero of the story.

So, in a nutshell, God of Gnomes is Dungeon Core with a difference.

What makes your take on Dungeon Core unique in the genre?

Since the main character is a God Core, his abilities are tied to life, not death. Unlike many Dungeon Core novels – in which the protagonist generally terraforms and expands their dungeon with the aim of luring and killing adventurers in order to become stronger themselves – God of Gnomes explores the possibilities of a Core having powers that must be used to advance the society of the creatures under its protection.

What LitRPG/Dungeon Core books would you recommend to readers who are new to the genre?

Oh wow, there are SO MANY. Obviously, Dakota Krout’s Divine Dungeon series kicked the whole Dungeon Core sub-subgenre into existence, but plenty of others are equally awesome in their own way. Dungeons of Strata by G.D. Penman and Bone Dungeon by Jonathan Smidt are both brilliant reads; the latter will have you sniggering (and probably groaning) aloud, while the former will probably haunt your nightmares forever. Tomb by Michael McClung is also a really interesting (and quite dark) take on the genre; it’s set in an Ancient Egypt-esque world, and is brutal and smart and funny all at once.

As for non-Dungeon Core LitRPG, one of my favourite series is Carrie Summers’ Stonehaven League, which for me has the perfect balance of characters, action, base-building, game mechanics, and IRL drama. Additionally, I’d recommend Ascend Online by Luke Chmilenko, Threadbare by Andrew Seiple, Mastermind by Steven Kelliher, and the Euphoria Online trilogy by Phil Tucker.

For those whose tastes skew more towards sci-fi, I recently had the pleasure of proofreading Harbinger (Nova Online) by Alex Knight, and it’s a stunning conclusion to an epic trilogy.

Finally, if you like your heroes green-skinned and gutsy (let’s face it – who doesn’t?), you can’t go wrong with Shemer Kuznits’ Life Reset series. Which reminds me I still need to read book four…

Basically, I would recommend ALL the books. There’s a huge amount of variety within the LitRPG genre, and it’s worth reading around to find out what best suits your tastes.

Do you secretly have an army of gnomes in your garden?

I live in a very small top-floor flat, so no garden in which to host an army, sadly. However, I do have a gnome-related writing buddy; he is the Gnome-Gnommer Rex, and he serves as a reminder of what might happen to my precious creations if I don’t sit my arse down in the chair and write their story:

He’s a hell of a motivator!

(No gnomes were harmed during the creation of the God Core trilogy. Probably.)

Right, I’d better get back to work on book 2. Thanks for taking the time to read my interview! And remember, if you want to be notified of my new releases in future, just head on over to the Demi Harper website, where you can sign up for my newsletter.