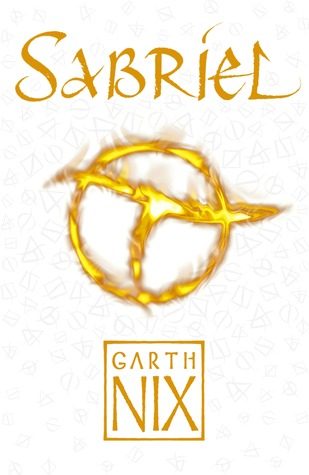 I’ve always adored tales of the undead. Looking back, I believe Garth Nix’s Sabriel is the point at which this fascination began.

In Nix’s world, a great Wall divides the Old Kingdom from the new. The modern world is dominated by technology; the Old, by magic. Sounds simplistic, and in a way it is. But actually, the protagonist’s underlying struggle to reconcile the two worlds – and her place in each of them – is far more than just ‘old vs new’, or even ‘good vs evil’.

Sabriel herself embodies a mixture of the two. Raised in Ancelstierre (at what I can’t help but refer to as a ‘muggle’ college), Sabriel has an excellent command of Charter Magic, but her position as Abhorsen (banisher of the Dead) also means she has to use the reviled Free Magic of necromancy. Similarly, her companions Touchstone (a Charter mage) and Mogget (a Free Magic construct) both prove helpful in different ways.

I read and re-read (and re-re-read) Sabriel and the other Old Kingdom books a LOT during my younger years, last returning to it some time in my late teens (at least ten years ago). And, as with all nostalgic re-reads, I was apprehensive about potentially smashing my rose-tinted glasses and ruining all those fond memories of escaping from wet weekends in Wales into the world of Ancelstierre and the Old Kingdom.

As it turns out, I had very little to fear. I’d forgotten that the setting of ‘modern’ Ancelstierre actually has more of a historical feel. Based as it is on the early decades of the twentieth century (with ‘new’ technology encompassing telephones, electric lights and tanks) there’s far less risk of it feeling dated than if the author had mentioned, say, MP3 players, or Gameboys. Given that much of the story is set in the Old Kingdom – the realm of magic, not science – this becomes even less of an issue than it might otherwise have been.

I did have one small gripe. Annoyingly, the e-book edition I read features intrusive little comments at the end of each chapter, i.e. extracts from an interview with the author. These extracts – ‘Garth on the Wall, ‘Garth on magic’, ‘Garth on creating characters’ – are insightful and all, but unfortunately they also do a stellar job of killing momentum and ruining the reader’s immersion.

Overall, however, I’m left feeling pleasantly surprised by how well Sabriel has stood the test of time. The Dead are suitably creepy, the action is tense and exciting, and the romance subplot is sweet – doesn’t intrude on the main story. And really: the premise itself leaves no doubt that Sabriel is and always will be a truly kickass read. A teenaged girl who has prematurely inherited the responsibility of protecting her kingdom from the Dead? Yes, please!